This ride has been re-named in honor of the Bikes on the Bricks President and one of the founders of the event – Ed Henderson.

Ed helped organize the event in 2007, and when the event turned into it’s own 501C3 non-profit, he headed the board as President the entire time. Ed passed away in August 2021 and it’s only fitting that the ride is named after him, since the ride was his idea!

Motorcyclists from all over agree this is one of the best police-escorted rides in the area. Speeds vary up to a maximum of 40mph with intersections blocked so no vehicles are mixed with bikes. Turns are kept to a minimum to reduce the “rubber band” effect.

The cost for participating is $20 for each rider and passenger. All proceeds go to various charities in the Flint Metro Area. 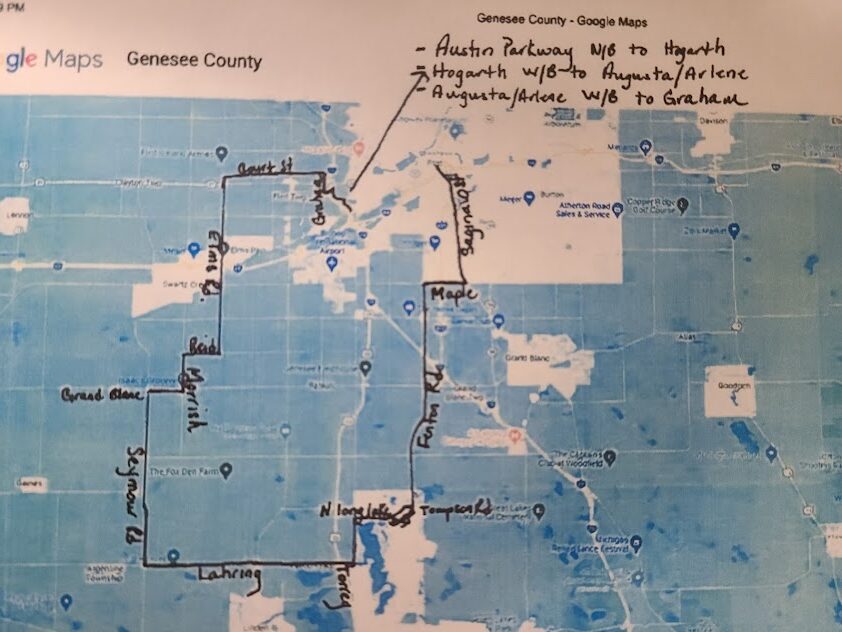 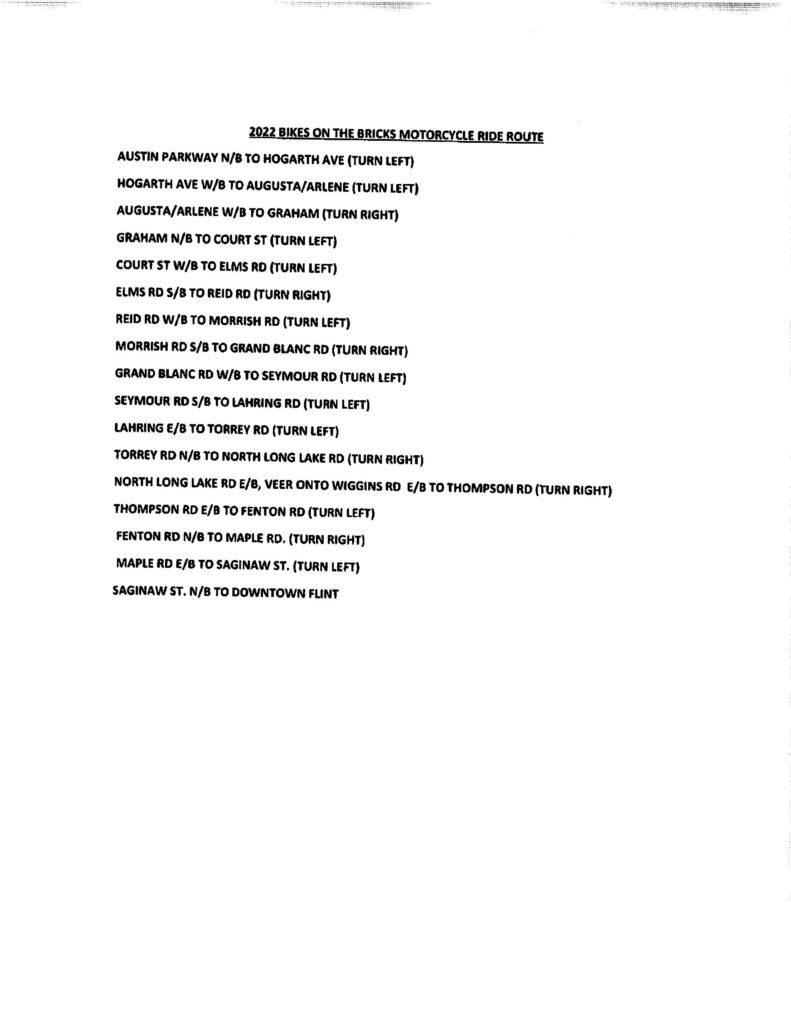 We would like to thank the following for their support:

Bikes on the Bricks